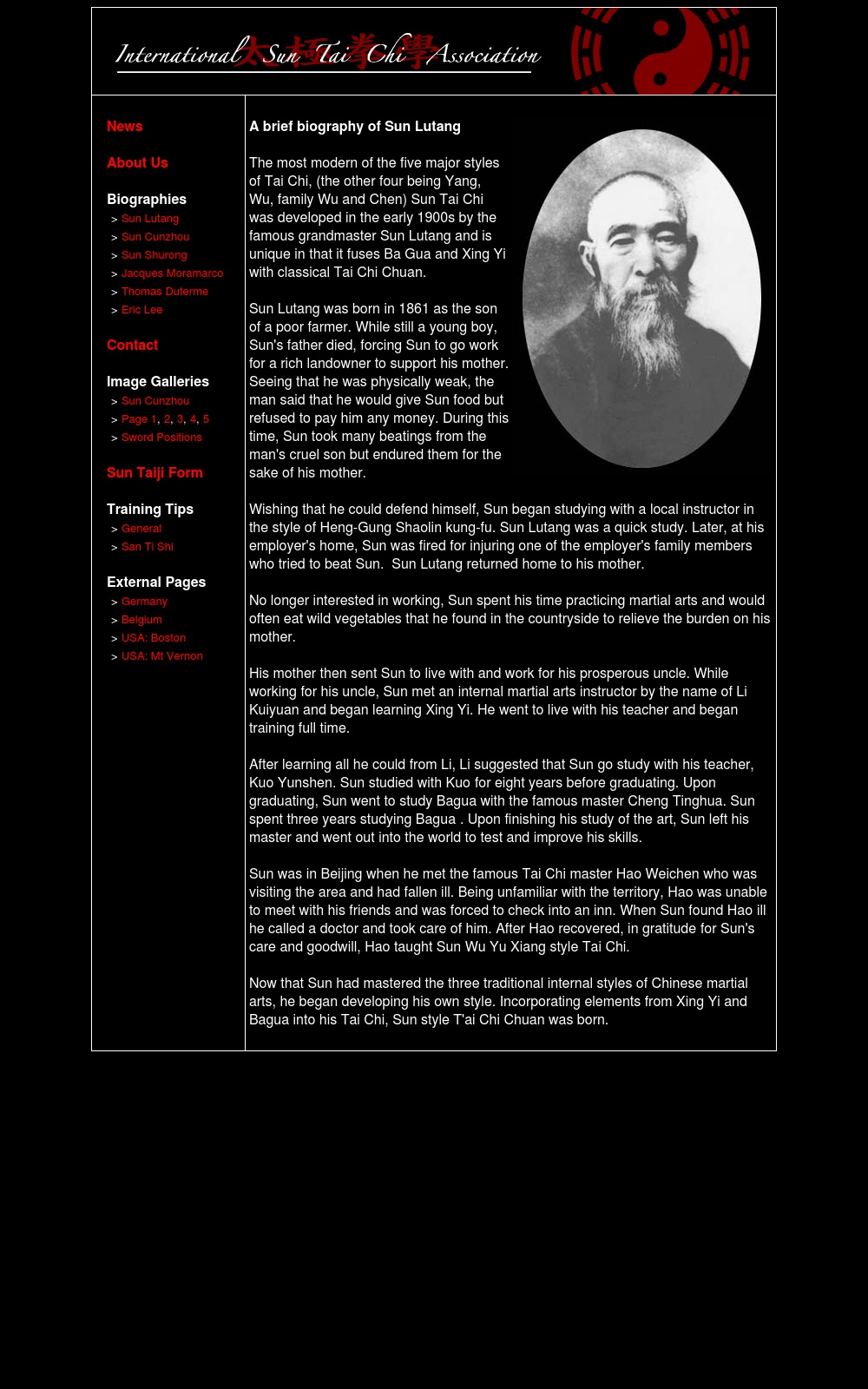 A brief biography of Sun Lutang

The most modern of the five major styles of Tai Chi, (the other four being Yang, Wu, family Wu and Chen) Sun Tai Chi was developed in the early 1900s by the famous grandmaster Sun Lutang and is unique in that it fuses Ba Gua and Xing Yi with classical Tai Chi Chuan.

Sun Lutang was born in 1861 as the son of a poor farmer. While still a young boy, Sun's father died, forcing Sun to go work for a rich landowner to support his mother. Seeing that he was physically weak, the man said that he would give Sun food but refused to pay him any money. During this time, Sun took many beatings from the man's cruel son but endured them for the sake of his mother.

Wishing that he could defend himself, Sun began studying with a local instructor in the style of Heng-Gung Shaolin kung-fu. Sun Lutang was a quick study. Later, at his employer's home, Sun was fired for injuring one of the employer's family members who tried to beat Sun. Sun Lutang returned home to his mother.

No longer interested in working, Sun spent his time practicing martial arts and would often eat wild vegetables that he found in the countryside to relieve the burden on his mother.