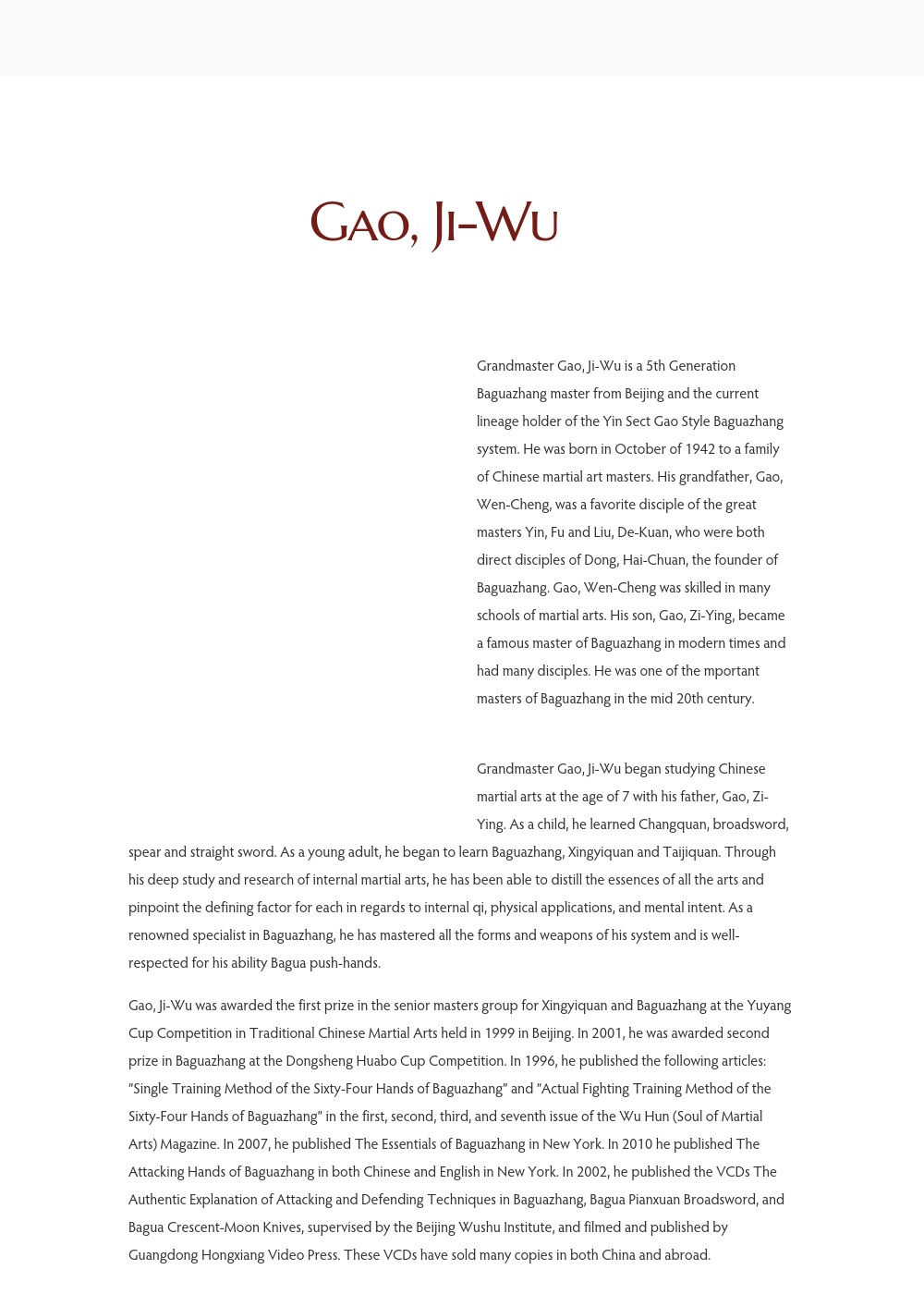 Grandmaster Gao, Ji-Wu is a 5th Generation Baguazhang master from Beijing and the current lineage holder of the Yin Sect Gao Style Baguazhang system. He was born in October of 1942 to a family of Chinese martial art masters. His grandfather, Gao, Wen-Cheng, was a favorite disciple of the great masters Yin, Fu and Liu, De-Kuan, who were both direct disciples of Dong, Hai-Chuan, the founder of Baguazhang. Gao, Wen-Cheng was skilled in many schools of martial arts. His son, Gao, Zi-Ying, became a famous master of Baguazhang in modern times and had many disciples. He was one of the mportant masters of Baguazhang in the mid 20th century.

Grandmaster Gao, Ji-Wu began studying Chinese martial arts at the age of 7 with his father, Gao, Zi-Ying. As a child, he learned Changquan, broadsword, spear and straight sword. As a young adult, he began to learn Baguazhang, Xingyiquan and Taijiquan. Through his deep study and research of internal martial arts, he has been able to distill the essences of all the arts and pinpoint the defining factor for each in regards to internal qi, physical applications, and mental intent. As a renowned specialist in Baguazhang, he has mastered all the forms and weapons of his system and is well-respected for his ability Bagua push-hands.
www.wudangdanpai.com Visit website